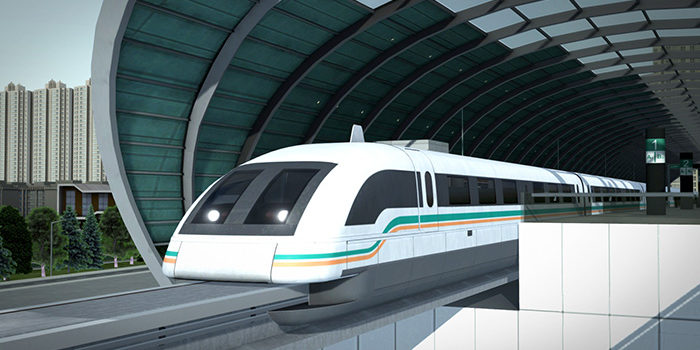 At a cursory glance, it is difficult not to conclude that successive state and federal governments have been somewhat remiss in recent years when it comes to community infrastructure – a critical factor in both economic growth and quality of life.

At a national level, there has been nothing to match the scale of the Snowy River and Argyle dam schemes, both of which were completed decades ago.

In Queensland, a report some five or six years ago listed the cost of upgrading the Bruce Highway to overcome closure due to flooding and make it trafficable 365 days a year at $5 billion – and the sum did not include increasing the number of lanes. In the interim, some work was undertaken to upgrade the highway to aid construction of the multibillion-dollar private sector natural gas liquefaction plants at Gladstone and expansion of the coal terminal at Abbot Point in North Queensland.

In the southeast, we have seen completion of the private sector of the Clem7 tunnel, which links Brisbane’s northern and southern suburbs, and provides ease of access to the city’s airport and other significant facilities. There have also been improvements to the road linking Brisbane to the planned Bromelton industrial area, near Beaudesert, which is to be linked to southern states by a wide-gauge rail link, and to Brisbane and points north by an extension of Queensland’s narrow-gauge network.

However, it is mind-boggling to consider what the state – and the nation – actually need.

The motorway between Brisbane and the Gold Coast is already at capacity – there is a need for alternative route – and, if we are serious about improving transport, there is a clear need for expansion of east coast state train systems.

In this regard, there has been talk for some years now of high-speed train links between the east coast capitals – Brisbane, Sydney, Melbourne. It is a wonderful idea but, given the massive cost of high-speed train infrastructure, the distances between the cities, and the cheap flights now available, it is hard to conclude that it represents wise use of funds at this time.

High Speed Rail Infrastructure could be the answer in QLD

What does make economic sense is a high-speed rail system linking Brisbane with Ipswich, Toowoomba, Gold Coast, and Sunshine Coast. This is southeast Queensland’s economic triangle and bringing the four cities closer together time-wise will enable people to live in one place and work in another. Such an arrangement can not only can take pressure off house prices in Brisbane – by making it easy for people to live elsewhere – it also can lead to expansion of commercial and industrial infrastructure in other centres growing their economies.

There are similar economic triangles, or perhaps we should say zones, in New South Wales and Victoria.

In New South Wales, Sydney, Wollongong, Newcastle, the western suburbs and the Blue Mountains could be linked. In Victoria, significant benefits could flow from linking Melbourne, Geelong, Bendigo, Shepparton and, perhaps, Ballarat.

It is interesting to note that Gold Coast federal MP Steven Ciobo has proposed a high-speed rail-link between Brisbane and the tourism capital, and that Australia call on the Chinese to build it. The latest technology – magnetic levitation or maglev – enables trains to travel along a guideway using magnets to create both lift and propulsion, reducing friction and enabling very high speeds.

The Shanghai Maglev Train, also known as the Transrapid, is the fastest commercial train in operation and has a top speed of 430 km/h. The line was designed to connect Shanghai Pudong International Airport and the outskirts of central Pudong, Shanghai. It reportedly covers a distance of 30.5km in eight minutes. Maglev systems are expensive to construct, but have low maintenance costs because wheel friction and other impact wear is eliminated.

Japan and South Korea also have introduced maglev trains. It is not hard to imagine the benefits such a system would deliver to Australia’s east coast economic zones.

Our view, it seems, is held by others. In April, Sir David Higgins, executive chairman of Britain’s high-speed rail project, addressing a Committee for the Economic Development of Australia event in Brisbane, said debate over the infrastructure should be about “what issues you are trying to solve”.

“You should start on addressing the major issues: unaffordable housing and people’s access to jobs,” he said.  Sir David said it is important to better connect suburbs to where the jobs are.

An Australian and a former chief executive of Lend Lease, he is chairman of Britain’s High Speed 2, a planned high-speed rail link between London and Birmingham. He pointed out it has taken Spain 30 years to put in place the kilometres of track required to link Sydney and Melbourne.

In June, Turnbull Government Major Projects Minister Paul Fletcher said a high-speed rail link between east coast capitals “is not a sensible priority”. High-speed rail, it seems, makes sense only when journeys between cities can be undertaken in less than three hours or, put another way, in less time than an aircraft.